Stunning landscapes as you head South from Orange, through Blayney and on to Mandurama with Piggery Hill climb on the way home.

Not quite Neville… OK so this route turns right to Mandurama just before you hit Neville, so it’s not quite but near enough. From Orange this route heads South to Blayney before turning South West towards Neville then on to Mandurama. The landscape from Blayney on is stunning.

The elevation doesn’t change greatly for the first 70km’s or so but there are a few pinches along the way. A nice downhill section takes you in to Mandurama, before more rolling hills until the base of the main climb – Piggery, which you’ll hit at the 100km mark.

Once you’ve reached the top, it’s a few more k’s to Forest Reefs and then a relatively flat ride back to Orange.

The roads on this route are relatively quiet, especially if ridden early on a weekend. Around Blayney though, until you turn on to Neville Road can get busy. Single file is advised on Hobbys Yards Road.

Blayney: A number of cafés, supermarkets and pubs.

Mandurama (pop. 355): The General Store Café is a welcome stop coming at around the 3/3.5hr mark and the only shop in town, so make sure you check their opening hours before riding. Water is available at The Memorial Park which is on the right just after the pub.

Road Condition: Quite good for the majority of the route, but is rough and patched around Errowanbang. Always watch for potholes, especially after rain.

Traffic: Be careful on the Hobbys Yards Road from Blayney to Neville Road. Otherwise the roads are quiet.

Return via Back of Mine. Turn left on to Panuara Road at Errowanbang, around the 100km mark then right again on to Four Mile Creek Road to return to Orange via Back of Mine (see route for more details). 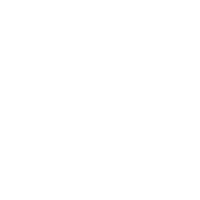